Gresham OR Homes For Sale

Gresham OR Homes For Sale 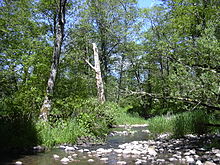 Gresham /ˈɡrɛʃəm/ is a city located in Multnomah County, Oregon, United States, immediately east of Portland. Though it began as a settlement in the mid-1800s, it was not officially incorporated as a city until 1905, by which it was named after the American Civil War general, and Postmaster General, Walter Quinton Gresham.

The city’s early economy was sustained largely by farming, and by the mid-20th century, experienced a population boom, growing from four-thousand residents to over ten-thousand between 1960 and 1970. The population was 105,594 at the 2010 census, making Gresham the fourth largest city in Oregon.

The City of Gresham operates under the council-manager form of government. The mayor and city council are elected to be the legislative and policy-making body for the city.

The council appoints a city manager who is responsible for the daily operations of the city.[22] The city manager of Gresham is Erik Kvarsten, was appointed to the position on August 1, 2004. 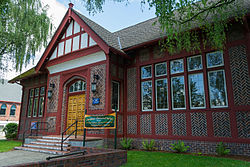 Mount Hood Community College is also located in Gresham, and is the only college located in the city limits. It offers associate degrees, as well as Bachelor’s programs through a partnership with Eastern Oregon University. According to the US Census, 27.16% of the Gresham residents had a Bachelor’s degree, while 9.93% had earned a master’s degree or above.[2]